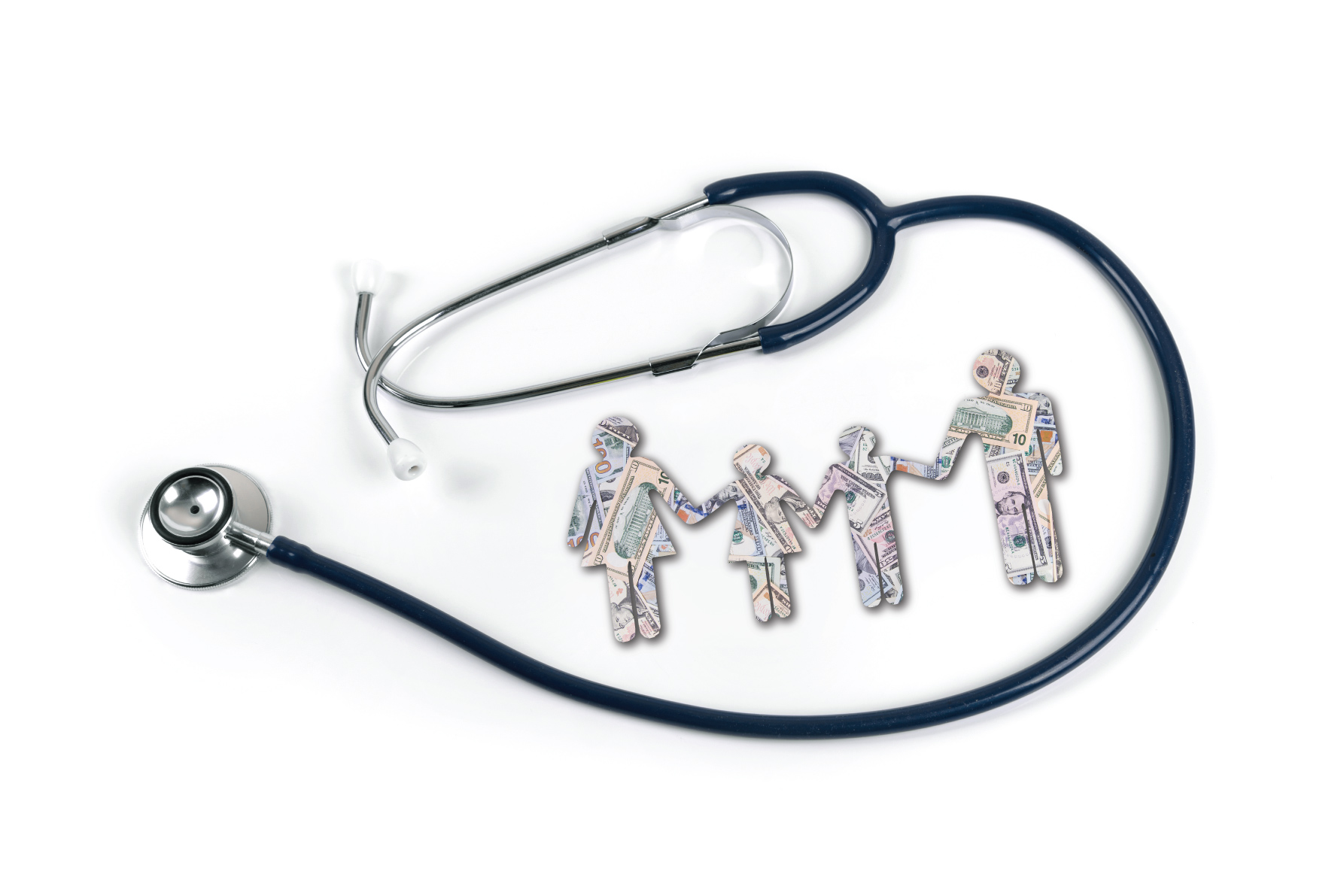 Americans’ healthcare costs, as calculated by the Centers for Medicare Services (CMS), have grown consistently at the rate of about 4 percent per year over the past 20 years.

What is the result of this unrelenting growth in healthcare costs? As Americans, we now spend about $10,000 per person or $3.6 trillion annually on healthcare. If you are wringing your hands about this large number, you are not alone.

While this big number is, well, big it isn’t personally significant to most of us.

The significant healthcare numbers are much, much smaller. They are the real cost of healthcare as measured in our paychecks, family budgets, and taxes.

Given that, mine is a simple premise: the actual cost of healthcare is a hidden tax on America that is slowly sapping the earning and spending power of workers across the income spectrum, save for a few with high-incomes of $250,000 or more per year.

Consider one statistic to illustrate my point. The Pew Research Center, using 2001-2014 data from the Bureau of Labor Statistics (BLS), noted in a 2018 article, “One theory is that rising benefit costs – particularly employer-provided health insurance – may be constraining employers’ ability or willingness to raise cash wages.” According to BLS-generated compensation cost indices, total benefit costs for all civilian workers had risen at an inflation-adjusted 22.5% since 2001 (when the data series began), versus 5.3% for wage and salary costs.”

These are employee cost data reported by employers as differentiated from employee wage increases. However, it is illustrative of my underlying point; benefit-cost increases – especially healthcare costs – have substantially outstripped wage cost increases.

As a further illustration, using data from the Pew Research Center reported in 2018, “…despite some ups and downs over the past several decades, today’s real average wage (that is, the wage after accounting for inflation) has about the same purchasing power it did 40 years ago. And what wage gains there have mostly flowed to the highest-paid tier of workers.”

Pew Research Center, in the same 2018 article, goes on to note that, “In fact, in real terms average hourly earnings peaked more than 45 years ago: The $4.03-an-hour rate recorded in January 1973 had the same purchasing power that $23.68 would today.”

Finally, Pew notes that “Meanwhile, wage gains have gone largely to the highest earners. Since 2000, usual weekly wages have risen 3% (in real terms) among workers in the lowest tenth of the earnings distribution and 4.3% among the lowest quarter. But among people in the top tenth of the distribution, real wages have risen a cumulative 15.7%, to $2,112 a week – nearly five times the usual weekly earnings of the bottom tenth ($426).”

Making a similar point, The Wall Street Journal ran a story in 2014 in which they noted, “Rising health costs don’t affect every employee the same. Today, an average family health policy costs employers nearly $12,000 per year, up from only $4,200 in 1999. Had employer premiums not risen, average salaries today would be around $7,800 higher. For a lower-income worker who today makes $30,000, that could have meant a 26% salary increase. By contrast, a ‘one-percenter’ making $250,000 today would have seen his earnings rise only by 3.1%. Health costs are a bigger share of total compensation for lower-wage workers, so rising health costs hit their salaries the most. The result is higher income inequality.”

To put a finer point on this, consider an average American family of four (with no older adults in the household) with an average family income of approximately $75,000 per year. An employer covers this family-sponsored insurance plan. According to Peterson-KFF Health System Tracker, a non-profit focused on measuring healthcare costs, the average family will spend approximately 11 percent of their gross income, or $8,200 per year, on healthcare costs. This number includes expenditures for out-of-pocket healthcare spending (which Kaiser Family Foundation estimates are up 71% over the past ten years), health insurance premiums, and state and federal taxes that fund health programs such as Medicaid and Medicare.

However, there is another side to the story: the costs to the employer. When combined with the typical family spending on health plus the employer’s contribution, the total equals $16,700 or about 22 percent of the family income. Kaiser Family Foundation estimates that the total costs for covering a family of four are even higher, exceeding $20,000 per year or about 26 percent of average family income.

Further, Kaiser reports that insurance premium increases had outpaced wage increases over the past decade, a period following the Great Recession of 2008 when many Americans experienced sustained flat income growth.

The net effect; individuals and families are carrying an increasing burden of overall healthcare costs when their real wages have not increased to offset these costs.

“There is growing evidence that cost protections have eroded for those who have employer-sponsored health coverage, putting the burden of health care costs on workers and their families,” noted David Blumenthal of The Commonwealth Fund as reported by CNBC.

Health System Tracker, in a recent report, notes that “economists generally believe” that the increased cost of healthcare coverage for employers “offset[s] wages.” In other words, instead of giving workers pay increases, employers spend on the ever-increasing cost of health insurance, which, according to Kaiser Family Foundation, is up 26 percent in the past decade.

American’s are living to work as they work to pay for healthcare.

Adding to the long-term trends of ever-increasing healthcare costs against a backdrop of stagnant purchasing power is the impact of the COVID-19 pandemic. According to a report published earlier this year by the non-profit Families USA, “the COVID-19 pandemic and resulting economic crash have caused the greatest health insurance losses in American history.” The report went on to note that in the first half of 2020, “5.4 million laid-off workers became uninsured,” representing an increase in uninsured adults that is 39 percent higher than any annual increase ever recorded.

With the election looming, it will likely be next year before we have wide-spread public awareness of this crisis’s extent. We must answer this challenge immediately.

Employers who provide roughly 50 percent of the healthcare coverage in America and other health plan sponsors must be prepared to step up and aggressively take charge of their healthcare spending. Employer support for healthcare innovation, evolving business models, and streamlined regulations will be required to confront this crisis in the near term. An unprecedented crisis requires an exceptional response.

Many employers are considering new approaches to managing benefit costs using the concept of value-based benefit design. I know first-hand from my experience with ambulatory surgery centers and bundled payment procedures that there are value-based options immediately available to employers and plan sponsors to increase quality and simultaneously reduce healthcare costs today and into the future.

We can no longer afford to ignore this crisis. It requires immediate, large-scale decisive action to meet runaway healthcare costs head-on. Join me in raising awareness and taking action now.

Scott Leggett is co-principal, Global 1. With more than two decades working in orthopedics, Leggett’s experience includes founding a network of independent, physician-owned outpatient surgery centers. In addition, he served as the president and board member of the California Ambulatory Surgery Association (CASA). Find Scott on LinkedIn.

The $3.5 Trillion Challenge — A Case for ASC Bundled Payments